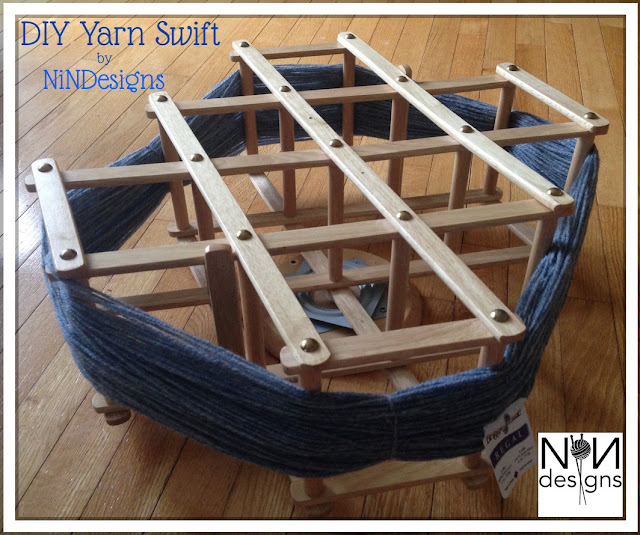 Do you have a yarn swift?  They are tremendously handy tools for a person who works with yarn.  As a fledgling yarn dyer and knitting pattern designer, you would think I own one.  Nope.  Too much money that could be spent on yarn.  Back of chairs work just fine holding skeins, don’t they?  Well… not really.

Here is what I have been using. 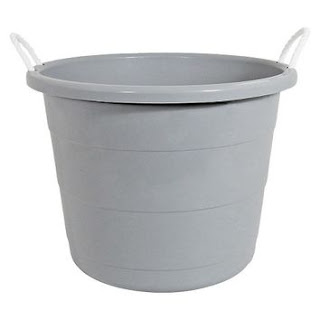 It is one of those huge Rubbermaid circular plastic bins with the rope handles.  Most people use them for toys or laundry bins.  The circumference is usually just perfect for dropping a skein around it.  You just turn it upside down and voila!  A yarn swift to use as you wind your yarn cake or ball.  Problem:  the skein has a tendency to slip up and off is you are not watching it carefully.  Then you’ve got a big tanglely mess to deal with.  Yuck.

I saw a video of a yarn swift hack and it totally appealed to my cheap bone and my do-it-yourself mentality.

The person in the video uses what looked like a coat rack or shoe rack with some pipes added on the end.  I thought that design was okay, but I came up with something a little different.  All the items were bought at a thrift store except for the lazy Susan hardware and the screws.  All in all, it cost about $15 CND to make.

It involves a collapsible wine rack, a lazy Susan turntable bearing, a wooden paper towel holder and some screws. 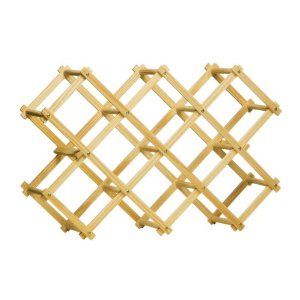 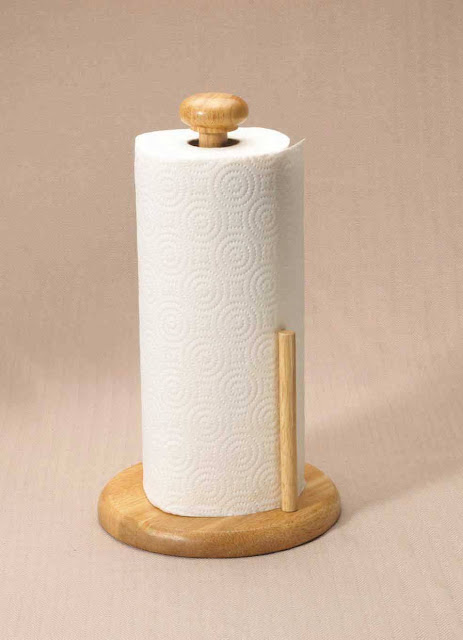 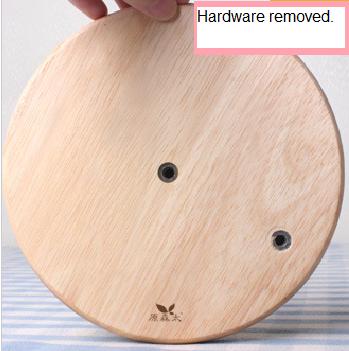 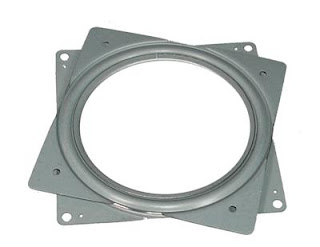 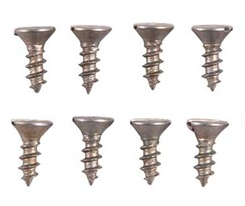 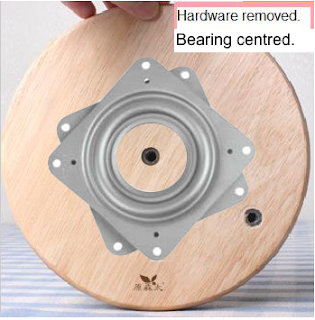 Finding the right screws around the house was a challenge, but I did come up with 6 flat head 1/4 inch ones.  I did pre-drill the holes with a 1/16th inch drill bit because I did not want the thin wood on the wine holder to split.  I eye balled where the center of the lazy Susan was and lined it up with the center hole of the wooden paper towel base.  Very carefully, I placed the screws and tightened them, being mindful that they would not touch each other when the lazy Susan rotated.  And ta-da!  A right royal nifty yarn swift!  It spins as smooth as glass with the tiniest bit of pulling.  Since it is collapsible, it can hold different sized skeins.  I balled my Alegria yarn with it and it is a joy to use!

You can view my “DIY Yarn Swift” tutorial over at Instructables here. If you liked this post, share it with a friend! And don’t forget to leave a comment below. –Nin

8 thoughts on “A DIY Yarn Swift”

Don’t you just love making? I do! I sew, quilt, play with welding and I knit. I love to KNIT!
When I knit, I want to feel invested from cast on to cast off. To learn a technique from a different region in the world. To feel like I’ve just completed a knitting adventure. And when I try it on, magic! It is as unique as I am. All of these desires are what I strive to fulfill when I design a knitting pattern.